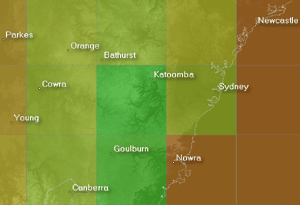 16:21 AEST If you live in the southern half of Australia and you think it's a typically chilly winter day this Friday, spare a thought for residents of outback Queensland and even parts of the Northern Territory who are enduring an exceptionally cold day by their standards.